You can search for Moiré on the search engines and you will find a few techniques to remove it, of variable effectiveness. The Descreen filter in the TWAIN driver is usually one of the best methods. Not all scanners provide this. Microtek and Umax provide excellent descreen filters.

Traditional procedures to eliminate moiré patterns without the Descreen filter often include scanning at 2X or more the desired resolution, apply a blur or despeckle filter, resample to half size to get the desired final size, then use a sharpening filter. Ugh!   The Descreen filter does something very similar, and is easier to use, but manual methods offer more control.

Higher resolution is better able to fully resolve the screen dots without moire, so do that first, and then resample smaller to final desired size. I often say here to scan at 2X desired resolution for descreen, but that really means to scan AT LEAST AT 300 dpi. If 600 dpi is practical (meaning, if your system can survive that effort), then 600 dpi will be better. Smaller page areas may be practical at 600 dpi, but a full page color image will be 100 MB. Regardless if 300 or 600 dpi is used, then resample the image to smaller final desired size. Then sharpen with USM (last). A VERY MILD bluring before the smaller resample can help too. 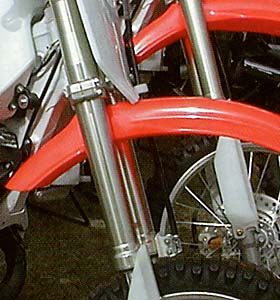 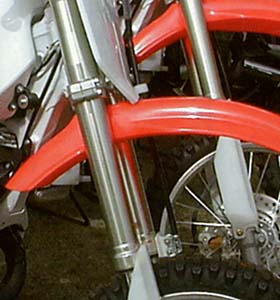 The first image above was scanned at 300 dpi without the Descreen filter. Then the Photoshop Noise Despeckle filter was used, and then it was resampled to half size and then sharpened with USM. This pattern exists as part of the image, and the only way to get rid of it is to blur it out of existence. Resampling to half size is a blurring operation in itself, and is important to this descreen process. Then Unsharp Mask sharpening helps restore sharpness.

The second image above was scanned at 300 dpi without the Descreen filter. Then the Photoshop Gaussian Blur filter was used, and then it was resampled to half size and then sharpened with USM. The final image is not as sharp as with other techniques, but this is a variable, the Gaussian Blur and the Unsharp Mask both have parameters. Gaussian blur has a Radius parameter, and best results are with that set the same as will be used in the Unsharp Mask parameter.

The Median filter is very similar, it smoothes differences in pixels. Some Median filters also have a Radius parameter. Results look the same, I wont repeat it here for web page speed concerns.

Only use one of these filters, not all three.

These filters were in Adobe Photoshop. PhotoDeluxe has the Despeckle filter that works well, and a Gaussian Blur filter that is named Soften.

Paint Shop Pro 5.0 has the Despeckle, Gaussian blur, and Median filters that all work well.

My own opinion of the best general technique is to scan large (at least 300 dpi) using the Descreen filter, then to resample to the smaller desired size. Then sharpen with the Unsharp Mask filter. The large photo on the first Moiré page (two pages back) was done this way.

Scanning at high resolution with the Descreen filter and then resampling smaller is effective to remove moiré, but it will definitely consume vast amounts of memory, and so may not even be possible on many computers. Instead of 300 dpi, scanning at "only" 2X resolution with the Descreen, and then resizing to half size would really do the same thing.

Frankly, the Descreen filter at 300 dpi is a struggle, but memory is mighty cheap now! The Descreen filter slows the scan time, and is not perfect, but it's a very good answer for a serious problem. You will find the scanner's Descreen filter to be better (easier and more effective) than most other techniques.

In the 300 dpi scan, even without the Descreen filter, the moiré is much less visible than in the smaller image, but is still detectable. With the filter, it's rather good, but not perfect. Downsampling by half then helps considerably, but the image will need resharpening. Resampling helps because it is a blurring process, it averages and blends the colors from multiple pixels to create one resulting pixel. Detail is lost, including the moiré detail too. And after the resample, sharpening with a Unsharp Mask filter is especially needed. You do not want to sharpen until after the pattern is removed, that would aggravate the problem. Scanning at 2X and resampling smaller is not the usual scanning procedure, but moiré is a very tough problem.

Again, realize that you must judge the image on the monitor only when viewed at Full Actual size. A reduced size video view often appears worse than it is. The monitor's internal physical dot grid can aggravate it and make it look very different. Therefore, it is possible that in some cases, the pattern may not be as noticeable when printed.

Since resampling is a blurring operation, and blur is what we want for removing moiré, some say to resample back down in two steps, halfway first, then to the desired size. I do not find it necessary to do it this way, but it's another idea.

It is said it helps to scan at exactly double the screen filter frequency, that is, 133 lpi for most magazines X 2 = 266 dpi, and 85 lpi for newspapers x 2 = 170 dpi.   I don't find that this helps. The scanner CCD cells are 300 dpi or 600 dpi, regardless if you tell it to resample to 266 dpi or not. However, severity does vary with resolution and resampling. That is, increasing resolution from 100 dpi up to 266 surely does help, but decreasing from 300 to 266 dpi probably does not.

It is also said it helps to rotate the original slightly on the scanner bed. This is viable for Black & White images, but I don't find it helps color much, although it can change the appearance. The color screens are sophisticated beyond belief, and contain multiple screen angles within them. There are four screens, one for each CMYK color. Typically the screen for each color is rotated 30 degrees from the others. The prepress people creating this screen have substantial problems of their own with moire in the screen itself. Computers are used to introduce random alteration of the pattern. The subject is really quite complex and all images are different. Our rotation of the original just introduces yet another problem, and there is no one angle that will solve anything. Straightening a rotated image is simply resampling, pure and simple, from one grid to another.   In my opinion, the moiré reduction benefits come from the blurring of the resampling, and not from the rotation.

Concerning general rules, images vary, screens vary, patterns vary, and anything you do will change something. To form a general rule, you need to be able to duplicate the results in a general way.

You can see similar moiré patterns if you lay two pieces of wire window screening on each other, rotate one at an angle from the other, and look through the two of them at a light. In some cases, you see moiré on video screens, and monitors sometimes have a moiré reduction control. You have seen this effect on TV when the weatherman forgets and wears his pinstripe shirt or herringbone jacket. It is optical physics. It is not the scanner's fault, I think it's Isaac Newton's fault!   <grin>